Malden & The Declaration of Independence

Malden was a town active in the American Revolotionary movement.  Malden militia men were present at the first battles of the war and the inhabitants of he town voted to send the following document showing their support for the American cause in its earliest hours.

Instructions from the Town of Malden, Massachusetts, for a Declaration of Independence

At a legal meeting of the inhabitants of the town of Malden, (Mass.), May 27, 1776, it was voted unanimously that the following instructions be given to their representative, viz. to Mr. Ezra Sargeant.

Sir–A resolution of the hon. house of representatives, calling upon the several towns in this colony to express their minds in respect to the important question of American independence, is the occasion of our now instructing you. The time was, sir, when we loved the king and the people of Great Britain with an affection truly filial; we felt ourselves interested in their glory; we shared in their joys and sorrows; we cheerfully poured the fruit of all our labours into the lap of our mother country, and without reluctance expended our blood and our treasure in their cause.

These were our sentiments toward Great Britain while she continued to act the part of a parent state; we felt ourselves happy in our connection with her, nor wished it to be dissolved; but our sentiments are altered, it is now the ardent wish of our soul that America may become a free and independent state.

A sense of unprovoked injuries will arouse the resentment of the most peaceful. Such injuries these colonies have received from Britain. Unjustifiable claims have been made by the king and his minions to tax us without our consent; these claims have been prosecuted in a manner cruel and unjust to the highest degree. The frantic policy of administration hath induced them to send fleets and armies to America; that, by depriving us of our trade, and cutting the throats of our brethren, they might awe us into submission, and erect a system of despotism in America, which should so far enlarge the influence of the crown as to enable it to rivet their shackles upon the people of Great Britain.

This plan was brought to a crisis upon the ever memorable nineteenth of April. We remember the fatal day! the expiring groans of our countrymen yet vibrate on our ears! and we now behold the flames of their peaceful dwellings ascending to Heaven! we hear their blood crying to us from the ground for vengeance! charging us, as we value the peace of their names, to have no further connection with,– who can unfeelingly hear of the slaughter of–, and composedly sleep with their blood upon his soul. The manner in which the war has been prosecuted hath confirmed us in these sentiments; piracy and murder, robbery and breach of faith, have been conspicuous in the conduct of the king’s troops: defenceless towns have been attacked and destroyed: the ruins of Charlestown, which are daily in our view, daily reminds us of this: the cries of the widow and the orphan demand our attention; they demand that the hand of pity should wipe the tear from their eye, and that the sword of their country should avenge their wrongs. We long entertained hope that the spirit of the British nation would once more induce them to assert their own and our rights, and bring to condign punishment the elevated villains who have trampled upon the sacred rights of men and affronted the majesty of the people. We hoped in vain; they have lost their spirit of just resentment; we therefore renounce with disdain our connexion with a kingdom of slaves; we bid a final adieu to Britain.

Could an accommodation now be effected, we have reason to think that it would be fatal to the liberties of America; we should soon catch the contagion of venality and dissipation, which hath Britains to lawless domination. Were we placed in the situation we were in 1763: were the powers of appointing to offices, and commanding the militia, in the hands of governors, our arts, trade and manufacturers, would be cramped; nay more than this, the life of every man who has been active in the cause of his country would be endangered.

For these reasons, as well as many others which might be produced, we are confirmed in the opinion, that the present age would be deficient in their duty to God, their posterity and themselves, if they do not establish an American republic. This is the only form of government which we wish to see established; for we can never be willingly subject to any other King than he who, being possessed of infinite wisdom, goodness and rectitude, is alone fit to possess unlimited power.

We have freely spoken our sentiments upon this important subject, but we mean not to dictate; we have unbounded confidence in the wisdom and uprightness of the continental congress: with pleasure we recollect that this affair is under their direction; and we now instruct you, sir, to give them the strongest assurance, that if they should declare America to be a free and independent republic, your constituents will support and defend the measure, to the last drop of their blood, and the last farthing of their treasure. 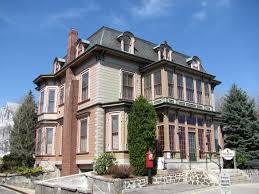